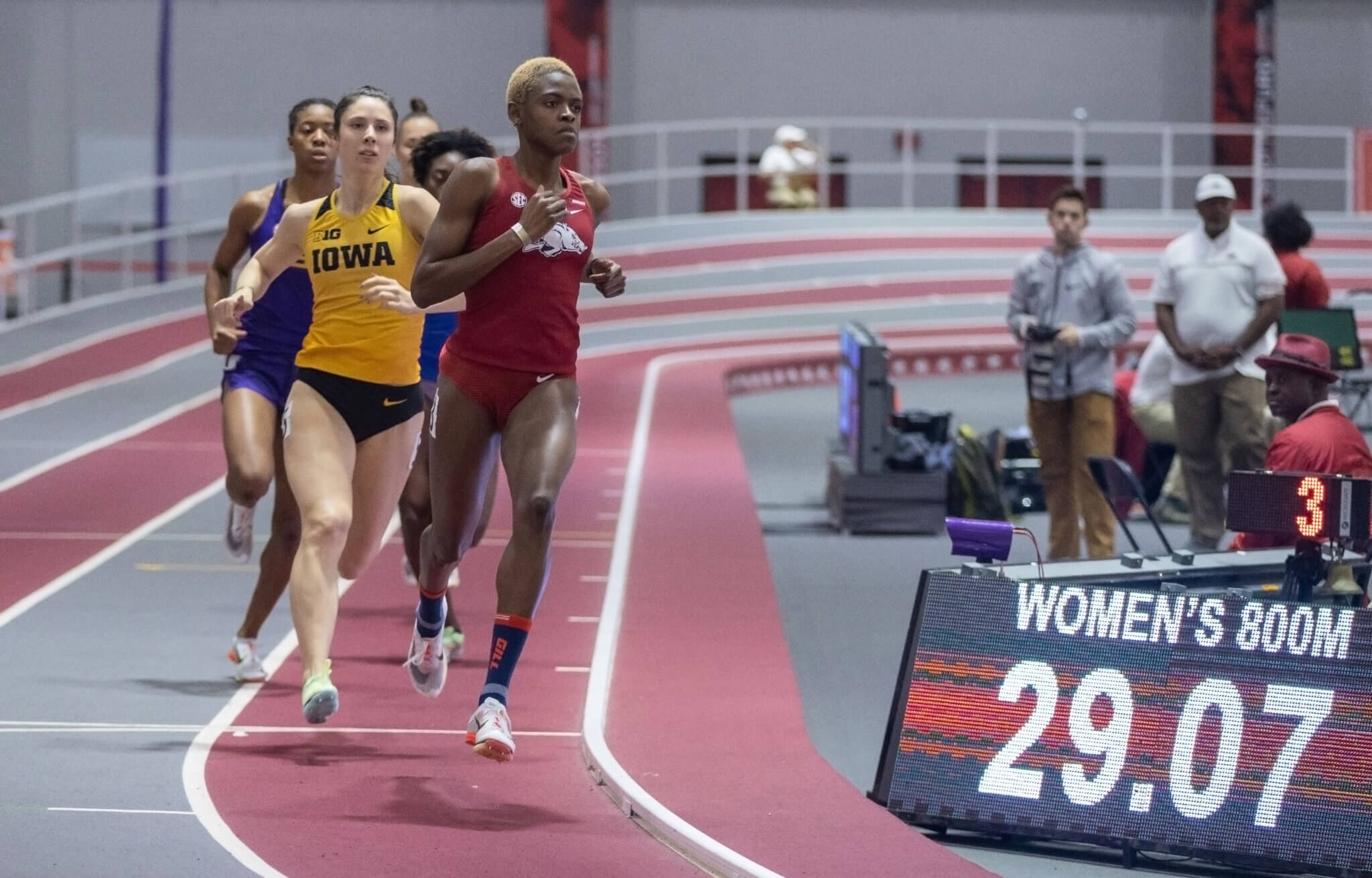 After recently winning the University of Arkansas Invitational Women 800 meters at the Randal Tyson Track Center, Vincentian Olympian Shafiqua Maloney has been telling Caribbean Life of her journey thus far.

Maloney, who was born on Feb. 27, 1999, hails from Richland Park in the Marriaqua Valley in St. Vincent and the Grenadines.
She first attended the Thomas Saunders Secondary School (TSSS) in St. Vincent and the Grenadines, the first school in the nation to participate in the illustrious Penn Relays at the Franklin Field Stadium at the University of Pennsylvania in Philadelphia.
Maloney said she then transferred to the Verchilds High School in St. Kitts and Nevis for the last three years of high school.

Afterward, she attended Southern Illinois University Carbondale and then transferred to the University of Arkansas in 2018, where she is now coached by Chris Johnson.
“Being on an athletic scholarship has been a big blessing for me,” she said. “I was able to pursue a bachelor’s degree in Geography, and now I am doing my master’s in operations management.
“The University of Arkansas has gone above and beyond to ensure I have all the resources to be as successful as I can be on and off the track,” Maloney added. “Words cannot begin to describe how grateful and appreciative I am that they gave me an athletic scholarship, not just to be a better athlete and person.”
She said winning the 800 meters at the SEC championships was “very meaningful to me and my coach.

“It was one of the goals we had together and worked towards,” Maloney said. “When I first got to Arkansas, as competitive as the SEC was and continues to be, I did not think I had what it took to be an SEC champion in anything.

The local VINCENTIAN newspaper said Maloney was also part of the Arkansas triumphant 4X400m relay team in a time of 3:34.79.

“The Vincentian lass ran the third leg, and her teammates were Paris Peoples (first leg), Morgan Burks Magee (second leg), and Rosey Effiong (final leg),” the paper said.
It said Maloney’s efforts also helped Arkansas to finish top in the women’s team points standings with a total of 228 points in the 16-event meet.
Maloney was the Olympic flag bearer in the Tokyo Olympics. She is the national record holder in the 800m for St. Vincent and the Grenadines.