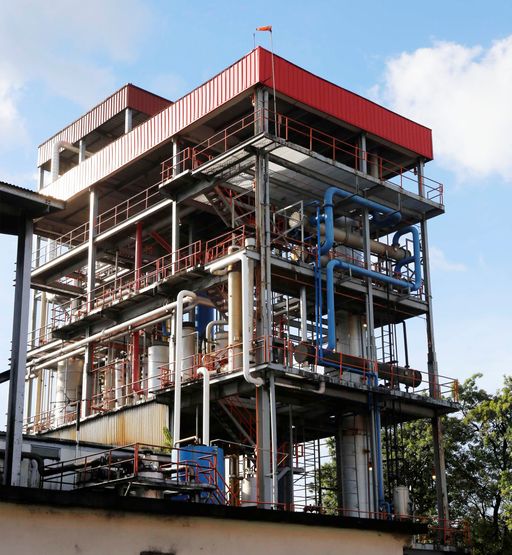 Despite rum sales in Trinidad and Tobago declining last year compared to 2020, Angostura has still recorded an increase in its profits.

The company reported profit after tax of $158.3m for the fiscal year ended December 31, 2021, which represented an increase of 8.7% over the prior fiscal year.

the company’s Annual Report for 2021, Acting Chief Executive Officer Ian Forbes said, “Despite the continuing impact of the coronavirus, the Group recorded profit before tax of $214.5 million which represented an increase of 0.8% or $1.7 million over the prior comparative period.”

The Angostura CEO said this continued the upward trend of revenue, gross profit (GP) and results from operating activities over the five-year period 2017 to 2021.

He said, “Revenue increased by 1.8% to $921.6 million compared to $905.4 million recorded in 2020, making this the fifth consecutive year of top line growth following a period of revenue contraction from 2015 to 2016. In addition, the revenue achieved in 2021 was also the highest revenue recorded by the Company over the past seven years,”

Forbes said this was “a monumental achievement despite the difficulty and uncertainty of the second year of the coronavirus pandemic, with severe challenges in the local and global economy. “

The Angostura CEO however noted, “The coronavirus pandemic had a more severe impact on Trinidad and Tobago in 2021 vs 2020 with reduced consumer spending due to unemployment and re-prioritisation of expenses to more essential items, as well as higher numbers of COVID-19 cases, hospitalisations and death.”

Chairman Terrence Bharath said despite the decline in revenue in T&T, the company continued to push innovation

“Revenue in the local market declined by 1%, or $8m. However, Angostura continued its innovation drive which boosted revenues, with new products in every segment. In the premium rum segment, the launch of Angostura Tribute and Symphony in December was well received. In standard rums, White Oak Grapefruit and Pineapple flavoured rums boosted local consumption. The innovative Tamboo Spiced Rum was launched locally and will be expanded internationally in 2022,” Bharath said.

The report stated while local branded business sales were lower by $3.5m or 1% mainly due to reduced local rum and other alcohol sales as bars and restaurants were closed for the vast majority of the year and re-opened with restrictions, the revenue attained in 2021 was due primarily to strong growth in the markets in Europe, Middle East, Africa and Australia including the United Kingdom of $20.3m or 30% as the region recovered from the pandemic effects in 2020, bars and restaurants re-opened and activities resumed in many countries across that region.

See the entire article: The Guardian