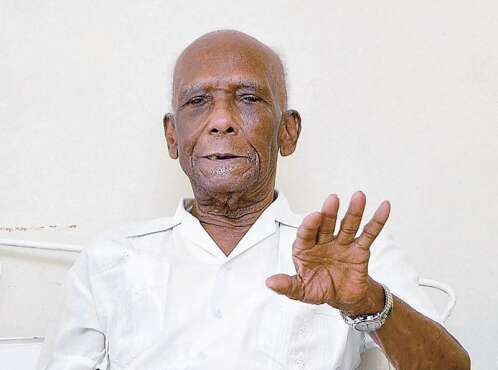 Tributes pour in for Cecil Donaldson

He was 93 when he died earlier in the day.

A former trade unionist, Donaldson served the National Workers Union for 43 years. He first entered the political arena on a People’s National Party ticket in 1956 and served as a councillor for 25 years, representing the Montego Bay West Division. During his stint as an elected official, he was chairman of the Association of Local Government Authorities as well as several other organisations.

In a statement, the St James Municipal Corporation lauded Donaldson for his contributions over the years.

Darliston road protesters attack each other