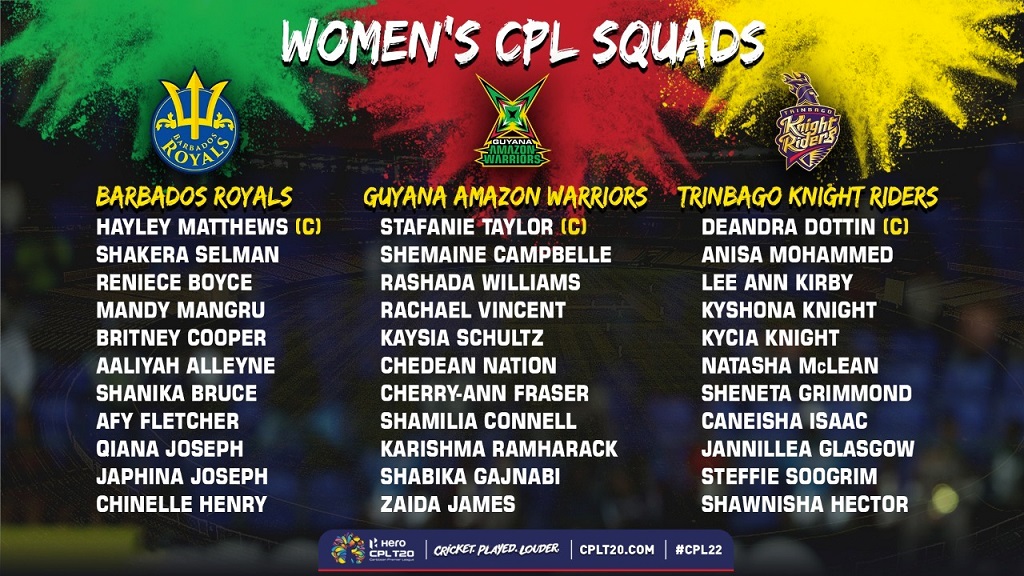 The women’s CPL team drafted for the historic tournament

Local players have been drafted ahead of the historic first running of the inaugural Women’s Caribbean Premier League with the tournament set to get underway on August 30.

With Matthews and Taylor rated in the top 10 T20 all-rounders in the world and Dottin one of the most destructive batters in the women’s game, all three players have shown their quality for the West Indies and in domestic competitions around the globe.

“The teams have been drafted from a pool of players that was put together by Cricket West Indies selection committee and the 33 cricketers picked to represent the best talent from across the region with the squads full of experienced internationals as well as the next generation of female players,” according to a release from Hero CPL.

The CPL said that each team will also sign three exciting overseas players bringing the total squad size to 14 and further bolstering the quality of cricketers on the show “in this exciting new event”. These overseas signings will be announced in the coming weeks.