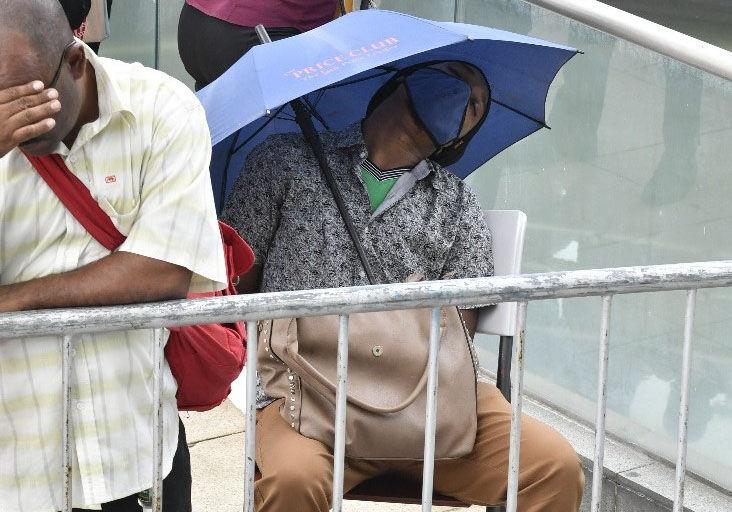 Smiles as some clinch cruise-ship jobs

Emerging all smiles from the NAPA auditorium yesterday, Cherisse Lopez, 26, who works at a clothing store in Port of Spain, said she had applied for the position of a waitress on the Royal Caribbean cruise line and was successful.

“When I saw the ad on social media, I quickly went and signed up and started to get the required documents in place. I have been working at the clothes store for two years, but it is time to move on and better myself. With these cruise-ship jobs, you can elevate into new positions, at a clothes store that cannot happen,” Lopez told the Express outside NAPA.

Christine Jones, 46, who was one of the 468 workers retrenched last week from the Telecommunications Services of T&T (TSTT), told the Express that she applied for the information technology position and was hoping to be successful when she went before the panel.

“The money I received from TSTT would not last forever, as I have three children and I’m a single parent, so I jumped at this opportunity when I saw it, as two members of my family currently work on cruise ships and have been able to build a house and send their daughter to college. So I’m ready to take up the challenge because the climate looking for work in Trinidad is very rough,” Jones said.

Kymo Moore, 26, who was hoping for a bartending position aboard the cruise ship, was given the position of celebrity housekeeper, as the beverage sector was oversubscribed.

“It would be a new challenge for me and I’m ready to learn and grow. I have been unemployed, so I see this opportunity as a betterment. Finding jobs in Trinidad was not an easy task,” Moore said.

Kevvian Roach, who was brimming with excitement after securing a waitress position, said she’s very grateful for the opportunity.

“I applied for a few things. Well, I’m a people person. I got to be a waitress. I’m like yeah OK great it’s going to be tedious hours long but I’m up for the challenge,” Roach said.

Making another attempt to get on board with the jobs available at Royal Caribbean, hundreds of people again lined up at NAPA in Port of Spain for the final day of recruitment yesterday.