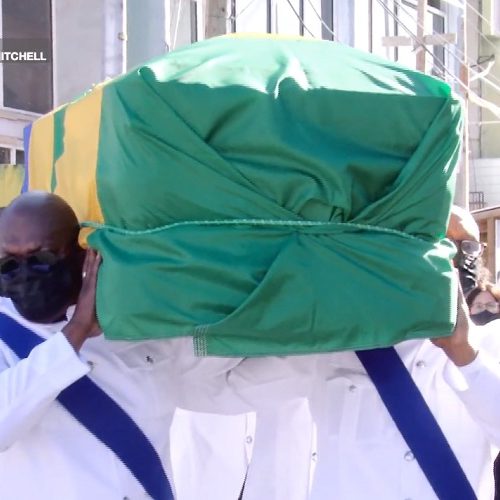 The former Prime Minister of St Vincent and the Grenadines, Sir James Mitchell, was laid to rest on Saturday 18 December on the Grenadine island of Bequia. Sir James was accorded a state funeral with services held in Kingstown and Bequia.

The Grenadian PM hailed Sir James as ‘the greatest’ as he spoke in Kingstown.

“He was a peace-loving man, fiery in defence of his people; that’s the man I knew. A stalwart of the regional integration movement. He was essential in bringing together the different political forces in Grenada post-invasion 1983”.

Barbadian Prime Minister Mia Mottley, paying tribute in Bequia, said Mitchell and herself are from different generations, yet she understood his love and devotion for the region.