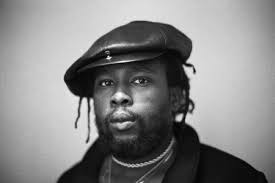 By webmaster KeithJanuary 20, 2022No Comments

This is the first of a two-part series by cultural historian and director of the Jamaica Music Museum, Herbie Miller on the life and work of master bass player Robert “Robbie” Shakespeare who died on December 8, 2021.

This tribute is particularly difficult to write because it quickly connects more than one emotion. So much of this has to do with my friend and bass player of choice, Robbie Shakespeare, an extraordinary bassist, remarkable producer, globally regarded, and a terrific musician. If the lights and details reflected his name alone in any musical credit or marquee notification, it would resonate for anyone with even a casual affinity for reggae music.

But, on the other hand, to experience Shakespeare’s decades of friendship, especially without music as the bond, is to share warmth, love, and loyalty, unconditional. Considering whatever imperfections there were, he was an exceptional representation of humanity. Not only was he an accomplished and decorated member of the music and cultural fraternity, but with all his achievements and embellishments, he remained humble, a regular guy, an ordinary man. Sadly, Robert “Robbie” Shakespeare, a pre-eminent bassist, consequential producer, mentor, and inspiration to many, and an unassuming humanitarian is no longer with us in the flesh.

He was an “East Man,” who grew up in the MacGregor Gully section of Jacques Road in the Corporate Area and gravitated to the rougher elements in the area. But for meeting the bassist Aston “Family Man” Barrett, who became his mentor, Shakespeare may have become infamous for deeds other than the music he has become famous for. However, Shakespeare admitted there was an insatiable appetite for learning the bass. So he attached himself to and “wouldn’t stop pester Fams,” who eventually taught him to play guitar before introducing the bass. He would recall, whenever his beginnings were discussed during interviews, downtime between studio work or on tour buses, that “it was Family Man that gave me my first bass, the Hoffner hollow-bodied violin bass, which became my favorite instrument”. “Fams took me around to different studios and gave me a chance to play guitar and bass on a song here and there,” Shakespeare would recall with a sense of pride and appreciation that was his way of paying homage to another master bassist. Following Family Man’s instructions and seizing his opportunities to play and record, the voraciously eager beginner would eventually become the iconoclastic bassist.