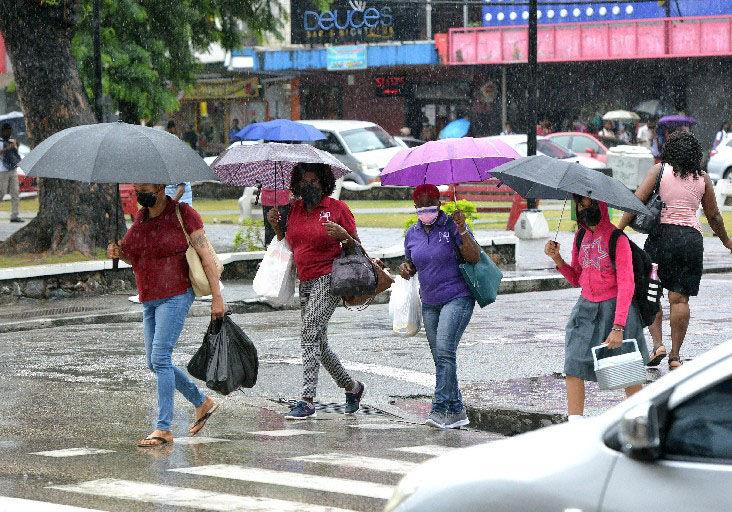 However, if incessant rainfall continues into today, this may change, chairman of the Sangre Grande Regional Corporation Anil Juteram said.

Juteram and a team were on the ground yesterday touring the various watercourses throughout the region and assessing their water levels.

Speaking to the Express via telephone, he said checks were made at the Cunapo Southern Main Road River, North Oropouche River, and Vega de Oropouche River.

“So far, the rivers are a little less than half capacity. If the constant rain persists throughout the night, when water comes down from Tamana, that’s when the low-lying are­as would be in danger. But so far, everything is okay. We don’t anticipate any roofs to be blown off, but we’re keeping our fingers crossed,” he said.

Valencia East/Toco Councillor Terry Rondon said via telephone that there were no reports of landslides in his district. “Everything is nice in Toco,” he said.

Chairman of the Tunapuna/Piarco Regional Corporation Kwasi Robinson told the Express that at 1.30 p.m., there was limited street and flash flooding in his region.

“There are no reports thus far that any homes were damaged or any damage to proper­ties like cars, and there were no threats to safety. We don’t have any reports of any blown-off roofs. So far, we are faring pretty well,” he said.