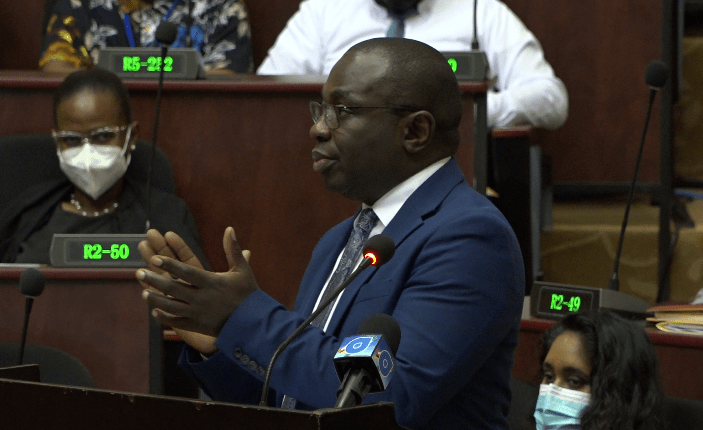 The launch was done at the Arthur Chung Conference Centre (ACCC) during a National Conference and Symposium organised by the Guyana Government to commemorate this day which is being observed under the theme “Journalism under Digital Siege”.

Minister within the Office of the Prime Minister with responsibility for Public Affairs Kwame McCoy explained that a lot of hard work went into the launching of this new academy.

“We, in the Office of the Prime Minister, have spent the past few months toiling over the birthing of a new facility that can facilitate bridging of the many skills and learning gaps that must be quickly addressed that allow practitioners and the fraternity as a whole to grow and flourish hand in hand with the country,” McCoy noted.