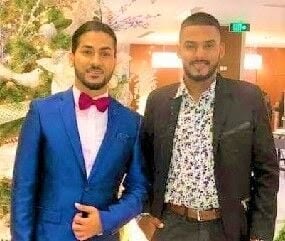 Officials at the Guyana Forensic Laboratory have determined that the “white hard substance” which was found in the back seat of the car where two friends were found dead early Saturday tested negative for the presence of narcotics.

Crime Chief Wendell Blanhum told the News Room that officials at the Forensic Laboratory believe that the substance may be sodium cyanide, which is lethal.

However, this is yet to be confirmed as investigators have to send the samples to be tested overseas.

“Officials from the Guyana Forensic Laboratory have indicated to investigators that they suspect the substances may be sodium cyanide which is lethal to human beings in small quantities. However, this suspicion cannot be confirmed by the Officials because the laboratory doesn’t possess the capability to do such testing.