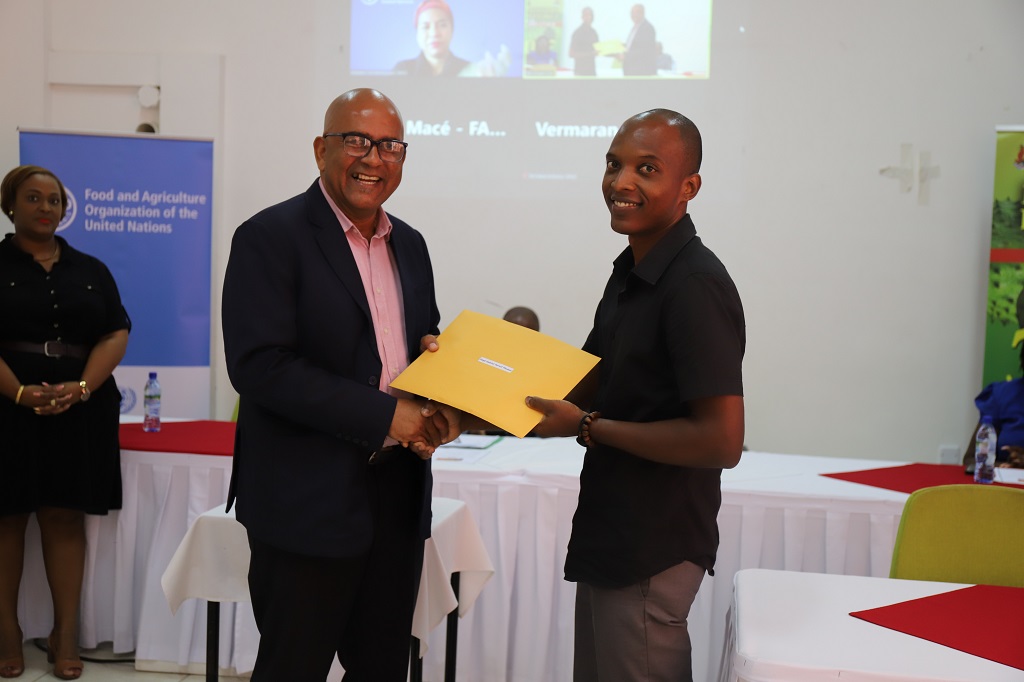 The Ministry of Agriculture, Lands, and Forestry in Grenada has recorded a historic milestone with the signing of leases for the Agricultural Pilot Land Bank Project.

Grenada is the only country in the region to facilitate such a venture.

Minister for Agriculture, Peter David underscored the importance of this project in bringing to fruition the ministry’s plans to bring idle lands under cultivation.

Prior to the signing of the leases, applicants received training in entrepreneurship from the Climate Smart Agriculture and Rural Enterprise Programme (SAEP) and in agribusiness through the Grenada Investment Development Corporation (GIDC).

They also participated in a three-day training workshop on Post-Harvest Handling and Quality Requirements for Roots and Tubers for the Local Market, which was facilitated by the Marketing and National Importing Board and funded by the Food and Agriculture Organisation.

Acting Chief Agricultural Officer, Trevor Thompson, implored the participants to make the best use of the opportunity they had been given.

“Don’t sit on your talents and gifts,” Thompson stated. “You, who have been awarded today, but those gifts and talents and training to work so that you would see the fruits of your labor.”

During the preliminary stages of the project, support through training and technical advice was received from the Food and Agriculture Organisation.

FAO Land Tenure Officer, Amparo Cerrato Gevawer, said: “The FAO at this very moment, is working and looking for opportunities to further strengthen the lank bank in Grenada and to you the applicants, the FAO looks forward to supporting your development any way we can.”

The approved applicants consist of nine males and one female; nine have been granted four-acre plots and one, a three-acre plot.

See the entire article at: NowGrenada