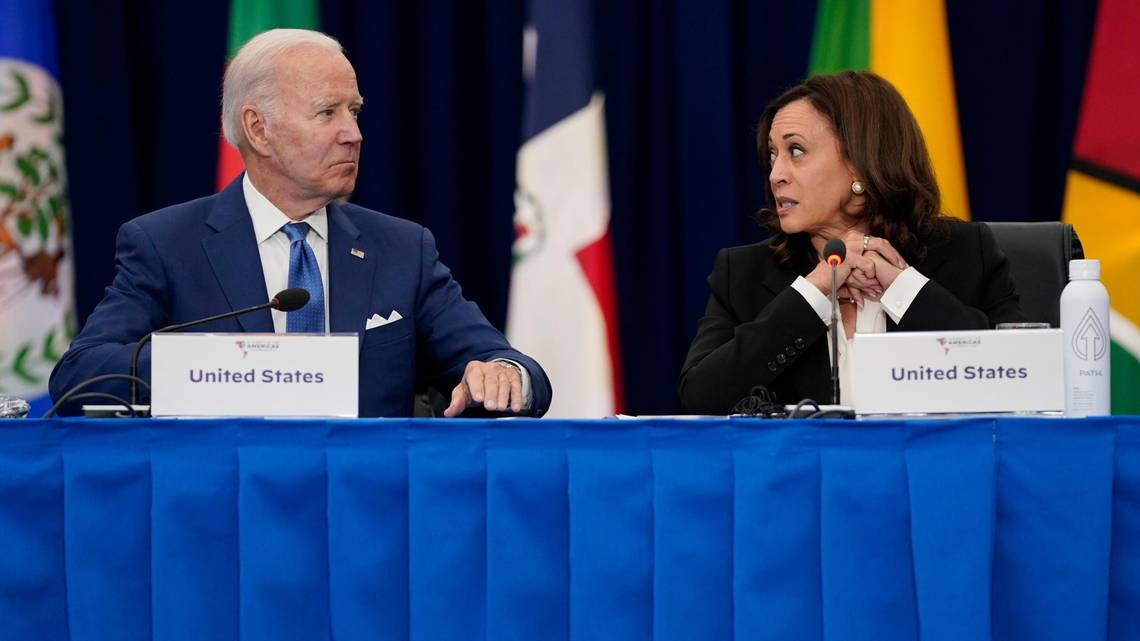 President Joe Biden is promising to “intensify” relations between the United States and the Caribbean, telling leaders during the Ninth Summit of the Americas there are ways the two groups “can maybe undo some of the damage done the previous four years“ under his predecessor Donald Trump. “My intention is to intensify the relationship with the Caribbean. And I mean that sincerely,” Biden said after he came to a meeting between Vice President Kamala Harris and leaders of the 15-member Caribbean Community, known as CARICOM, and the Dominican Republic. “You’re critically important to us in every way, and I hope we’re important to you,” he said.

Biden has been under heavy criticism since coming into the office for not having an effective Caribbean policy, and not working hard enough to repair the damage done to U.S.-Caribbean relations under Trump. The latter was accused of implementing a “divide and conquer” strategy with the Caribbean as he focused on implementing a hard-line stance on Venezuela.