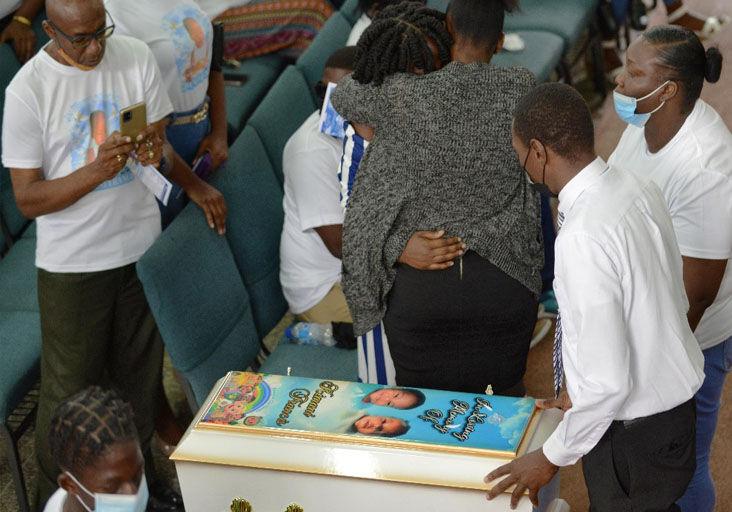 $75,000 funding for ‘mystery’ home without any residents

By webmaster KeithMay 23, 2022No Comments

Two-year-old Kimani “Mani” Emmanuel Francis was laid to rest yesterday afternoon, ten days after his body was found near the trunk of a fallen tree in the Guapo River in Point Fortin.

At the funeral service at the Bethel Pentecostal Church in Morris Street, Point Fortin, the child’s casket was ushered into the church building, where residents and relatives clothed in memorial T-shirts waited.

The hymn “Jesus Loves the Little Children” was sung as the body arrived.

The service was officiated by Bishop Emroy Sampson who prayed for comfort for Francis’s family throughout the ordeal.

After the church service, Kimani’s body was taken in procession to the Gonzales Public Cemetery, where he was buried.

An acknowledgment printed in the funeral’s program thanked well-wishers for their thoughts and prayers.

“The family of the late ‘Mani’ Kimani Emmanuel Francis would like to express their deepest gratitude and appreciation for all of the love, kindness and thoughtful gestures that have been bestowed upon them during this time of bereavement. Thank you for keeping us in your thoughts and prayers, may God bless you all,” it read.

Two Mondays ago, Kimani walked away from his family’s home and could not be found. The following day, his body was discovered in the Guapo River. It is suspected he fell off a bridge and drowned.

However, a mentally challenged man from the village came forward a few days later, claiming he had “killed the child”.

Investigators have been attempting to have the man mentally evaluated so that he can speak with a legal aid attorney before he is questioned. Police do not believe he was involved in Kimani’s death.

Doubtful over the child’s cause of death, and the time he died, family members were able to raise $5,000 to pay for a second autopsy, the result of which will be available on Monday.

Meanwhile, police intend to go to the Director of Public Prosecutions soon to determine whether there is a case made out for manslaughter by negligence against a subject of interest in the child’s death.