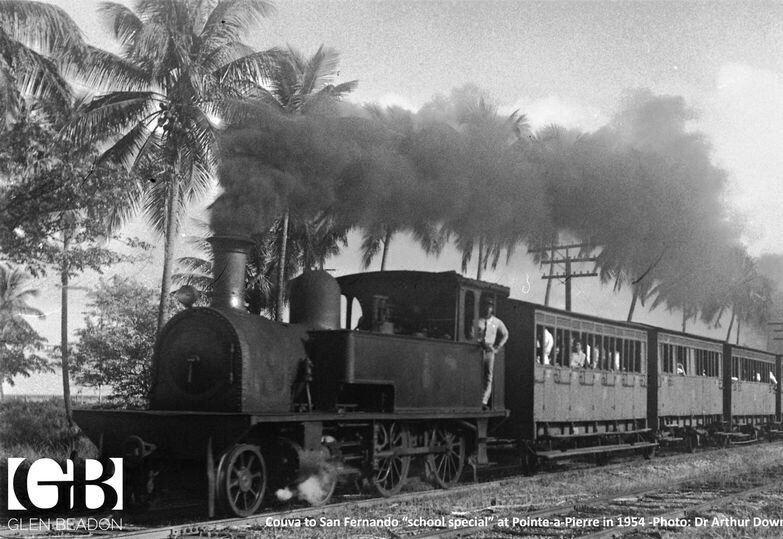 By webmaster KeithApril 17, 2022No Comments

One hundred and forty years ago today, on 17 APRIL 1882, the San Fernando Railway Extension was opened for Public traffic, so I have taken this opportunity to look back on how it came about.

The photo was taken in 1954 by Dr Arthur Down, of a Couva to San Fernando “School Special”. This is remarkably close what the early passenger trains on the Southern Main Line would have looked like prior to 1922.

The railway extension to San Fernando was first approved for construction on 2nd November 1877 when the “Trinidad Extension Railway Ordinance” and the “Railway Extension Loan Ordinance” were both passed unanimously, due in part to the success of the Port of Spain to Arima Railway but the primary reason was to connect Port of Spain with the industrial and agricultural heartland of Trinidad. Accordingly, steps were at once taken towards securing land necessary for the southern railway extension and construction began a year later.