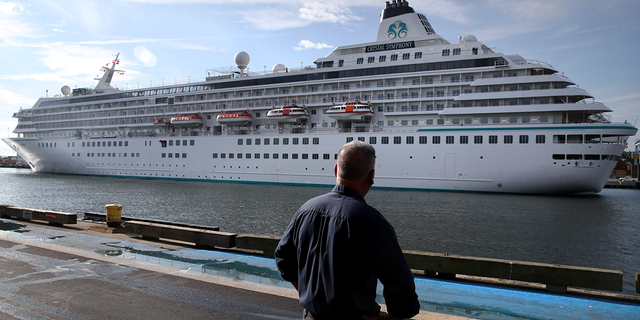 Ship with hundreds diverts to the Bahamas

The luxury cruise ship, Crystal Symphony, was scheduled to port in Miami on Saturday after a two-week sojourn in the Caribbean but diverted to the Bahamas with about 300 passengers and 400 crew members after a U.S. court issued an arrest warrant.

The ship is operated by Genting Hong Kong Ltd., which has been financially struggling since the pandemic affected travel. Peninsula Petroleum Far East filed suit in the U.S. to recover $4.6 million in unpaid fees for bunker fuel for three different ships owned by Genting, including $1.2 million from the Crystal Symphony, the Daily Mail reported.

A British musician who was performing on the ship said the passengers are scrambling to reschedule their flights after being delayed in the Bahamas, but “there’s no panic.”

“Every one of these people is trying to reschedule their flights,” musician Elio Pace told the Daily Mail. “There’s no panic, there are no tantrums going on, they’re taking it in their stride.”